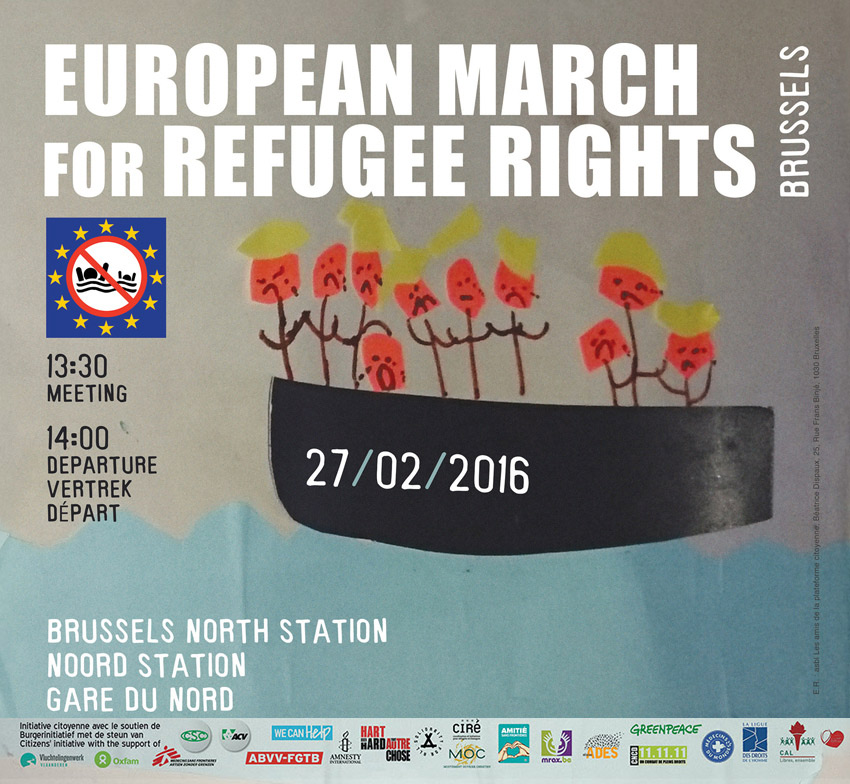 On 27 February 2016 European citizens will come together in cities across the continent to stand up for human rights in Europe.

We are demanding that European authorities and governments take action now to open secure safe passage routes for all those who seek protection.

These people are running away from war, persecution and starvation. But Europe is looking the other way – a death count in the Mediterranean Sea of 360 men, women and children in January 2016 and appalling conditions in refugee camps like Calais and Dunkirk speak for themselves.

The death of three year old Alan Kurdi in September 2015 sparked a global outrage, but since then more than 300 children have silently drowned. According to the UN children now make up over one third of groups crossing from Turkey to Greece.

The need to provide safe passage has never been more urgent.

Europe has dealt with bigger challenges in the past.

We know Europe can do better, and we demand that our leaders do better. 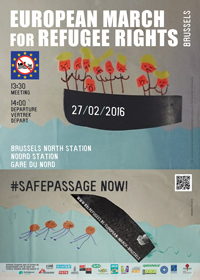