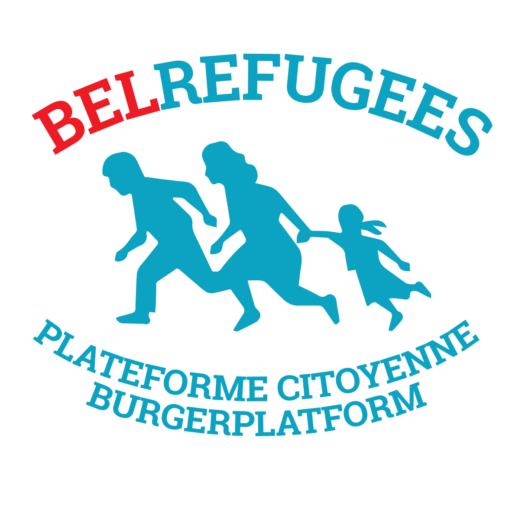 Brussels, 16 September 2015.  It is now over two weeks since refugees have been sleeping in Maximilien Park and the federal government is obstinately failing to provide a solution to the crisis.  Only 300 places have been created at WTC III, finally open 24 hours a day starting tomorrow, whereas over 800 people are living in the camp today. The federal government is clearly showing its willingness to let the problem get worse by not increasing the number of registrations at the Foreigners’ Office, and the repeated request by politicians to evacuate the camp is provocation pure and simple.

The Platform has no other option than to once again call upon the goodwill of fellow citizens to provide proper housing to the refugees since the authorities do not wish to find a decent alternative.

There are 800 people today wading in the mud in Maximilien Park while the federal government is deliberately choosing to let conditions deteriorate.  For weeks, hundred of people have been waiting longer and longer in deteriorating conditions in order to be able to register at the Foreigners’ Office, which would then grant them a place in an asylum centre.  The waiting time today?  Nearly 10 days for men! And yet, the government refuses to put in place a temporary shelter worthy of the name, and the Secretary of State for Asylum and Immigration refuses to consider increasing the number of registrations made per day.

It is by now clear that the Secretary of State is seeking to create a bottleneck at the level of registrations in order to limit the intake of refugees in Belgium, and does not want to respond to the crisis in a way that is both humane and pragmatic.  In parallel, the government is continuing to put pressure on the City of Brussels to forcefully evacuate the refugee camp.

Tomorrow the WTC III will finally be open 24 hours a day, but 300 places will not be enough unless the number of registrations increases.  It’s a human tragedy in the making: living conditions in the camp are deteriorating as the weather worsens, waiting times are getting longers, and the camp has reached maximum capacity.  A forced evacuation will only exacerbate tensions and throw the refugees in the street.  And yet, alternatives were proposed by citizens, such as converting the Hôtel des Douanes on the Tour et Taxis site into a shelter.  A proposal which was rejected offhand by the political class.

Therefore, the Citizens’ Platform will tonight accompany 300 people to the WTC III tonight.  The building will immediately reach maximum capacity, without emptying the camp.  For the 500 people abandoned by the federal government, the Platform calls upon the citizens of Brussels to open their homes to refugees who are waiting to be able to register at the Foreigners’ Office.  A website is now open where families can offer to put up one or more people during the 3 to 10 day waiting time for registration.

Furthermore, the Platform is vehemently opposed to police intervention in the park, and asks that it remain a communal space once the refugees have been re-housed.  This park has become a symbol of contact and sharing between Belgian citizens and refugees. It cannot remain an emergency response to the problem of refugee reception, but must remain a space for interaction and human connection.

The generosity of citizens cannot be a long-term solution, whether it be the generosity of the volunteers in the camp today, or the generosity of families who are already offering to house refugees.  The Citizens’ Platform for Refugee Support therefore calls upon the federal government once again to increase the number of daily registrations at the Foreigners’ Office.  It is urgent for them to finally propose a sustainable solution.  Increasing registrations is the last chance for the authorities to show that they are willing to step up and handle this crisis in a human and appropriate fashion.

500 beds: but what planet is the Federal Government living on?

Brussels, 8th September 2015. For more than a week now, applicants for refugee status, most of whom are Syrian, Afghan and Iraqi have been sleeping in a public park in Brussels, a stone’s throw away from Bruxelles Nord station. The building with 500 beds, without bathroom facilities and only open at night, which the Federal Government opened on Monday evening, is not an appropriate solution and does not meet the primary needs of the applicant refugees. As a result, the camp – a visible and shameful symbol of the failure of Belgian and European politics to address immigration – is still bursting at the seams.

In spite of the support and hard work of volunteers and refugees alike, the camp is still far from attaining minimum standards of human dignity. The Citizens’ Platform to Support Refugees and its partners are therefore aware that the welcoming camp cannot represent a sustainable solution and wish to break up the camp as soon as the Federal Government comes up with a solution that allows the refugees to live in dignity. They will only do so when a genuine political response, followed by concrete action, is put into practice. The platform, assisted by professionals in the field of humanitarian action, believes that it is currently necessary to open at least 1000 new places to accommodate people who are waiting to register at the Immigration Office. This accommodation must allow the refugees to  live and sleep in dignity and have access to medical and psychological care. Whole families continue  to arrive at the camp every day, and the weather is not doing us any favours at all: we need to act now! The unprecedented mobilisation of citizens needs to be reflected in government action.

The platform wishes to thank the thousands of citizens (our Facebook page has received more than 18,000 likes in one week!) who have demonstrated their support and allowed us to collect an incredible number of gifts. This mobilisation was made possible partly thanks to the coordination work of a handful of volunteers, who were joined by thousands of people wanting to help. At this point,the camp is being coordinated by these volunteers and the Citizens’ Platform to Support Refugees, with the support of organisations such as Médecins du Monde, the humanitarian emergency service Samu Social, Oxfam, which will be taking over the management of gifts of clothes as of today, and Médecins sans Frontières, which is providing logistical support.

The Citizens’ Platform to Support Refugees is calling on Belgian politicians to finally come up with an appropriate, long-term solution to this humanitarian crisis unfolding in the heart of Europe. In this context, given the number of applicants for refugee status arriving in Belgium every day, providing care for all the applicant refugees coming to the Immigration Office every day is a matter of absolute necessity.